Change your underwater view and catch more fish with the Dragonfly 5 CHIRP DownVision ™ broad-spectrum technology. Easily identify underwater fish and structures with photo quality sonar images. The weather-proof HD color display from Dragonfly gives you a sharp image from any angle. Make the switch to a smarter type of sonar with Dragonfly.

Dragonfly makes a leap into the future of sonar with CHIRP broad-spectrum technology. With broad-spectrum CHIRP, more sonar signals are transmitted into the water, allowing Dragonfly to see more details, track more fish and display structure with unparalleled clarity.

Dragonfly PRO models have built-in WiFi. Anglers can send Dragonfly sonar data to their smartphone or tablet with the Raymarine Wi-Fish ™ mobile app. The mobile Wi-Fish app not only brings the Dragonfly sonar image literally within reach, but you can also rewind and capture sonar images to share them with friends online.

The Dragonfly models with built-in GPS give you the choice between Navionics, C-MAP by Jeppesen or Raymarine LightHouse compatible cards

Unlike conventional image sonars that transmit a single frequency with each pulse, the Downvision sonar uses CHIRP technology to transmit over a wide spectrum of sonar frequencies simultaneously - true-to-life sonar images with a much higher resolution are the result.

CHIRP DownVision ™ plus a fish detection channel powered by CHIRP for conventional sonar images. The dual channel sonar is available on all Dragonfly models except the Dragonfly 4DV.

Can be mounted anywhere. 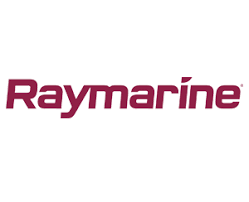